We had some great dry fly fishing while on the Big Horn River those first four days, and on the final night I even got to fish late thanks to my waders arriving in the late afternoon.  All those little black caddis that hatched during the day came back to the river dusk to lay their eggs.  Brachycentrus sp. will often lay their eggs by flying to partially submerged objects like logs, rocks, weeds and anything else that is on the bottom but sticking out of the water, and then crawling down on the downstream side a foot or two before affixing their eggs on the object. They then crawl or swim back to the surface and will then fly off if they have managed to avoid a trout's mouth.  My bare legs the first three nights were unsuitable, but my waders seemed to fit the bill as you can see here. 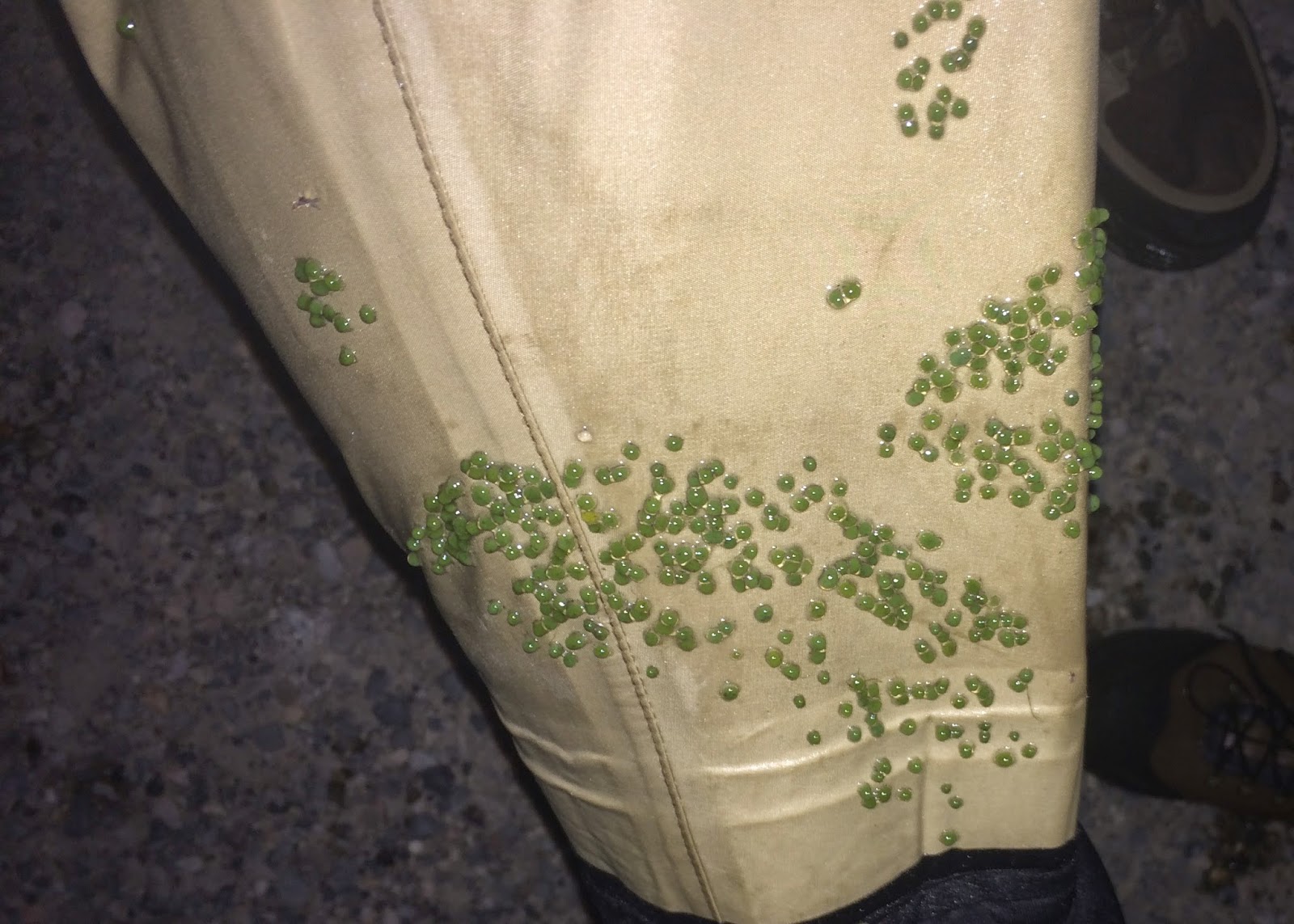 The next day four of us headed out early to fish DePuy's Spring Creek in beautiful Paradise Valley, just south of Livingston, MT, only a stone's throw from the Yellowstone River.  DePuy's is a private creek flowing through an old ranch that permits 16 anglers a day to fish it for a fee.  When you get there, this is the "house" the owners live in where you register before fishing.  Its huge and fascinating, especially the interior, but also out of place in the ranch land of Montana. 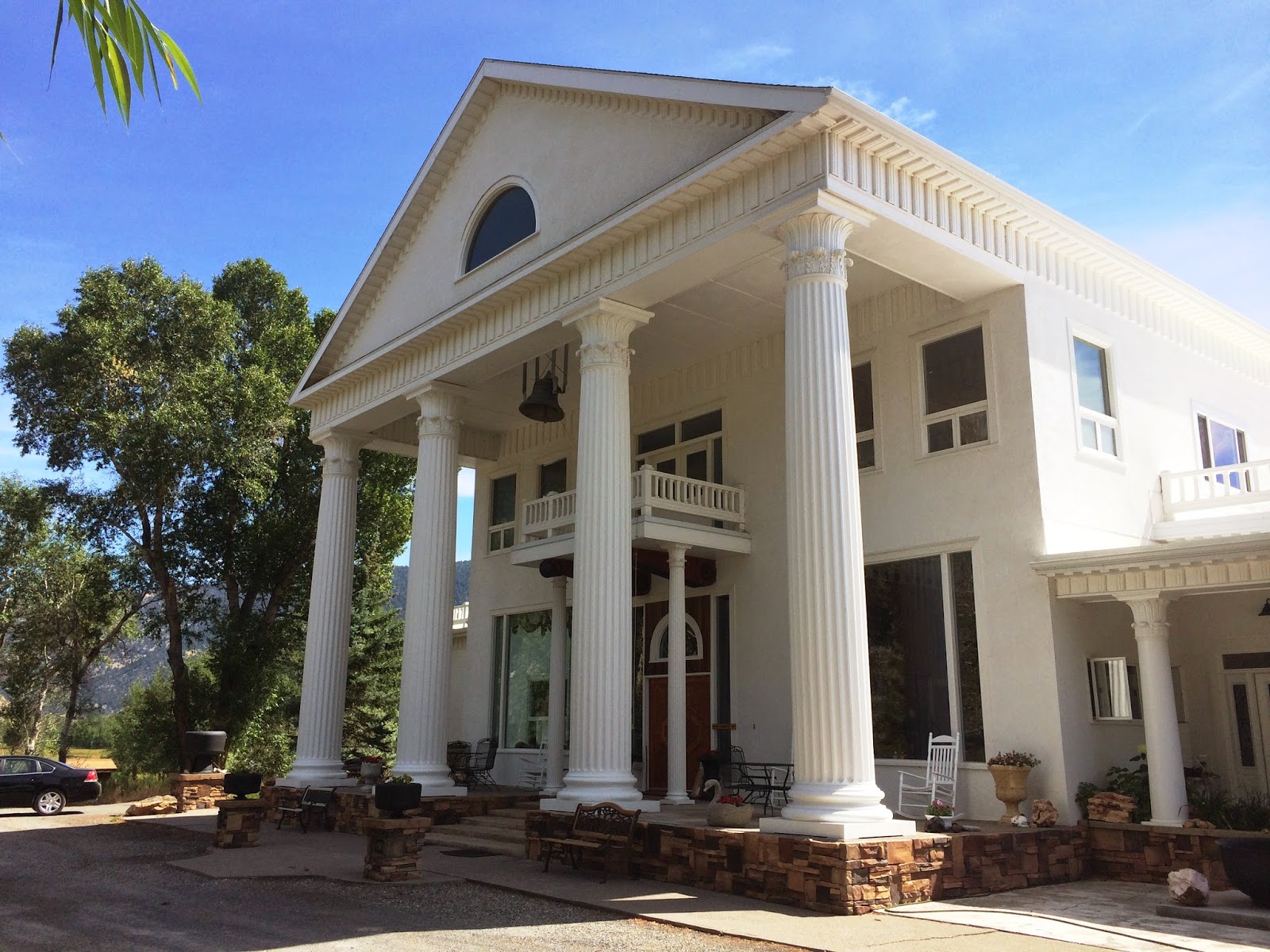 The creek is full of trout, undulating weed beds, insects, and at first glance all the trout rising throughout its length appear to be feeding without caution.  That is, until you make your first cast to a working fish.  These fish have seen it all, and it took some adjustments before we got things figured out.  The first hour or so I had more refusals, fly inspections and false takes, than I thought possible in that amount of time.   The fishing was technical (tough) but rewarding, and once we lengthened our leaders to about 15 feet and timed out casts right, we brought a bunch of cutthroats and rainbows to net throughout the day, mostly on terrestrials - ants and small hoppers. 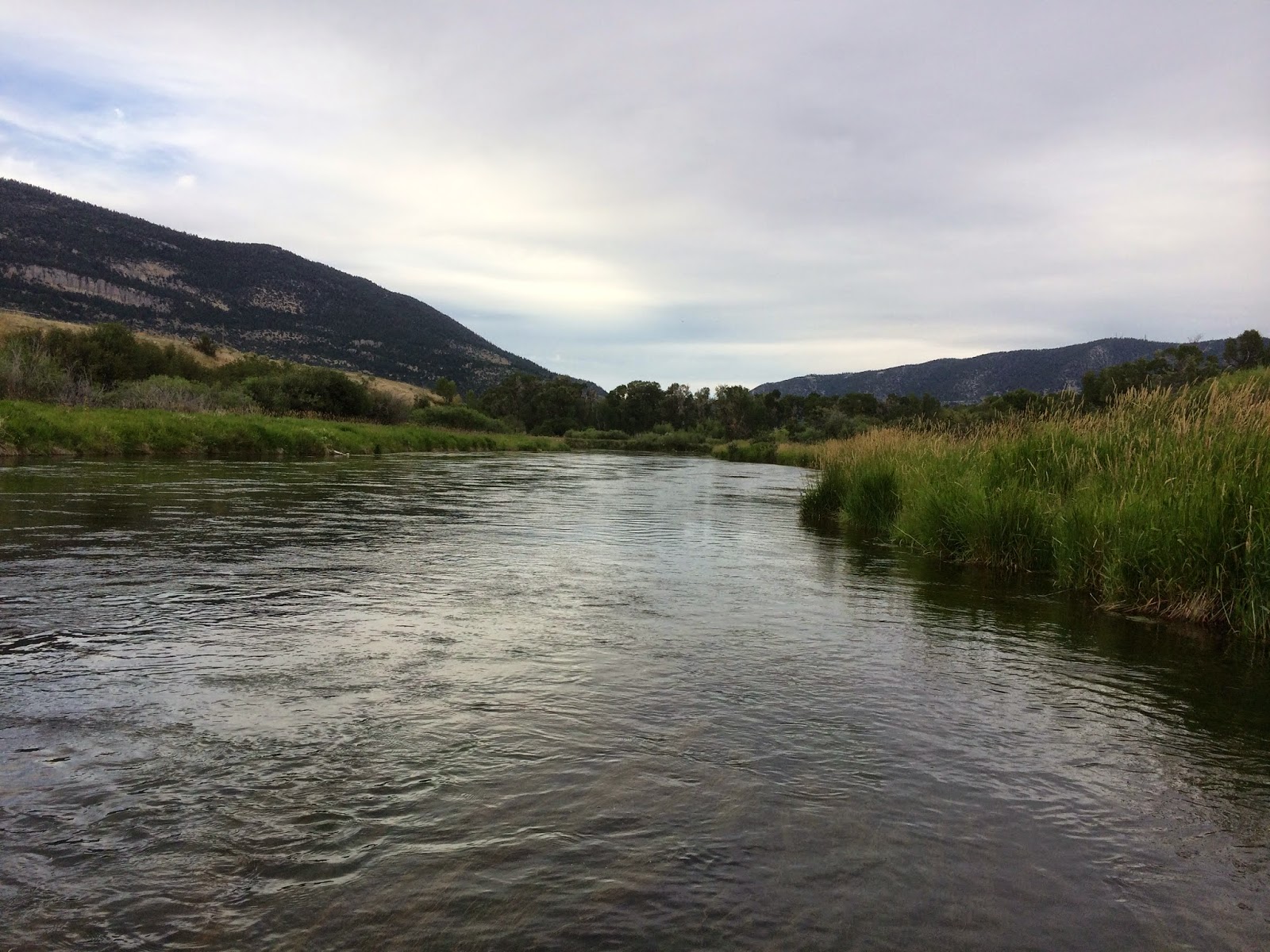 Late in the afternoon, clouds rolled in and a light breeze began to blow, and the river shut off - fish stopped rising and the river appeared to the lifeless.  We have all seen this phenomenon, yet it still seems impossible that something unseen can change a river full of rising fish to a river still as a puddle after a heavy rainstorm.  So we packed it in and headed into Livingston and had a wonderful meal at the Second Street Bistro before we made the 3 hour drive to our cabin on the Madison River - we arrived at 2 am, which was well after the other four had arrived and settled in for the night.  It was well worth it.

Next up, the Madison River - my home away from home; the place that soothes my soul like none other in the world.