Road Trip With A Sweet Ending

Doug and his friends, Bryson, Alex and Rob, went to the US Youth Fly Fishing clinic last weekend in North Carolina and along the way, and on the way back, they fished a bunch of different streams. And when you fish a lot you get better at it, and with that comes rewards.  On the way home, the boys made their last stop at Mossey Creek in Virginia to fish before the last leg of their trip, and as you can see below, Doug was rewarded with a very large brown trout. 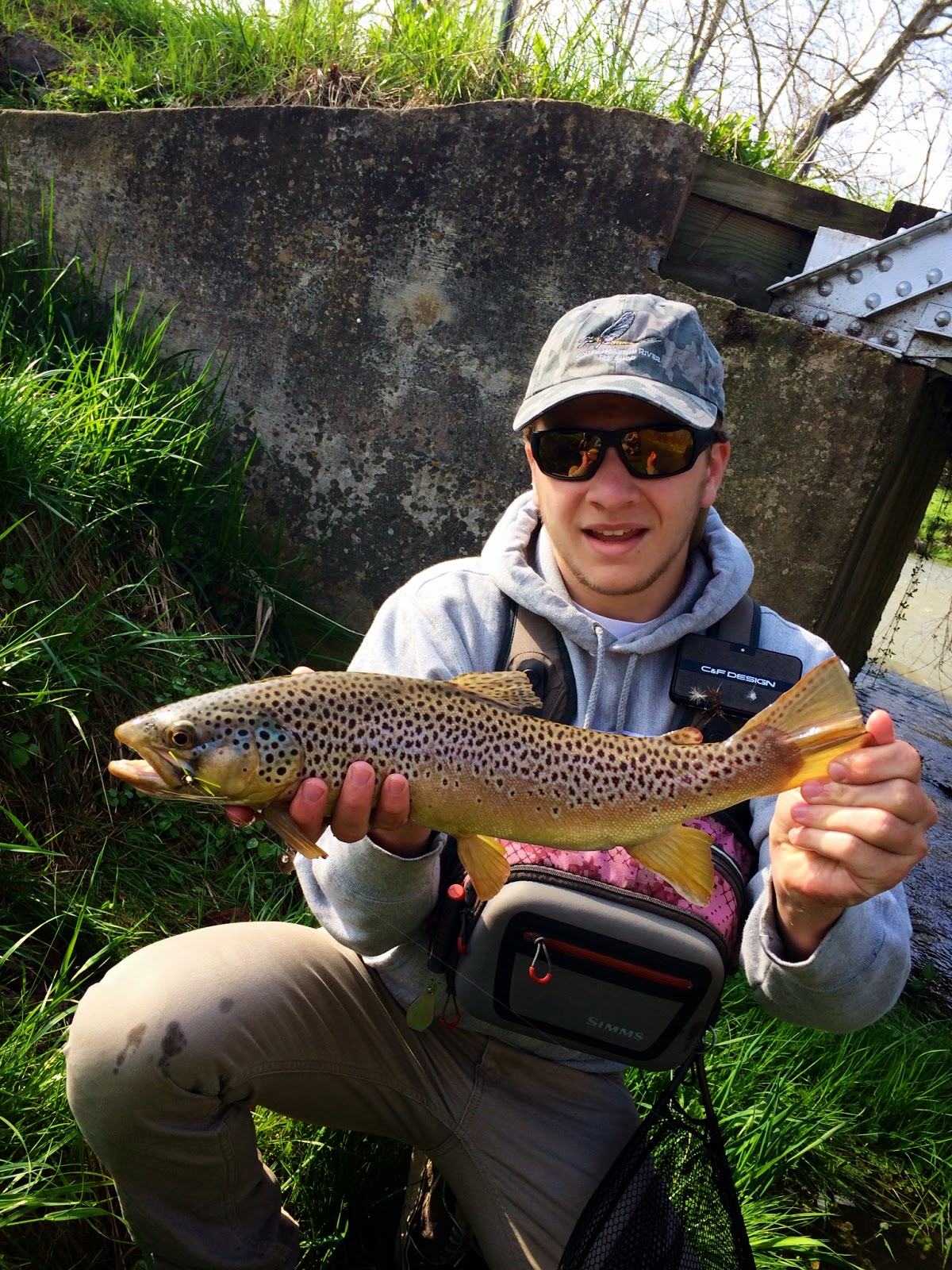 Sharpen your hooks.
Posted by Matt Grobert at 9:30 PM