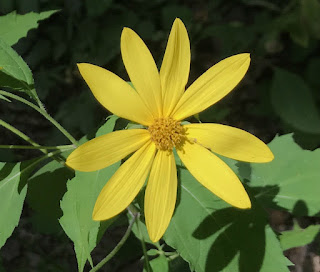 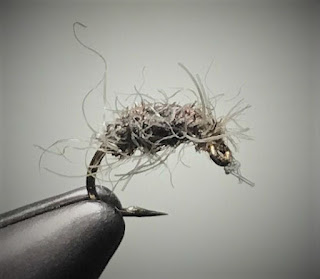 Sharpen your hooks.
Posted by Matt Grobert at 7:30 AM 1 comment:

It's Terrestrial Time - Tie and Fish These


Sharpen your hooks.
Posted by Matt Grobert at 10:25 AM No comments:

As I wrote a couple of weeks ago, Doug Freemann and the rest of the US Youth Fly Fishing Team, competed in Slovenia last week against 12 other International Teams.  Despite tough conditions on new waters, they finished with the bronze medal.  France took gold, and Poland took silver.  Congratulations team USA! 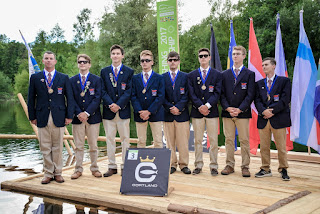 As I write this, Douglas is beginning a new chapter in his life.  He just texted me that he is moving in to his dorm for his freshman year at Colorado State University.  Good luck, Doug, and make sure you study as hard as you fish!

Sharpen your hooks.
Posted by Matt Grobert at 12:54 PM 1 comment:

A One Fly Morning

When I rolled out of bed this morning, the room was very cool with wide-open windows letting in the 58 degree F outside air.  I went into the kitchen and made a cup of coffee and then walked out onto the deck and everything about the weather told me it was the rare, perfect August morning for fishing.   The air was calm, and high, thin clouds muted the early sun.  The cool night would have lowered the water temperatures to trout-comfortable levels, which meant I only had to travel a mere ten minutes to be on the water. (Typically, this time of the year in New Jersey, one has to travel 2 hours or more to find suitable water temperatures and levels for trout fishing.) 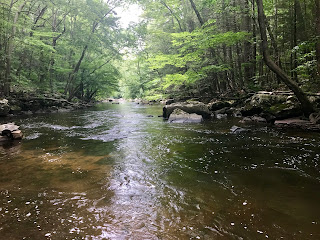 I parked my car at Hoffman's Crossing bridge and walked the half mile down to the top of the Ken Lockwood Gorge, where I took the water temperature just to be sure it was good to fish.  The thermometer read 65 degrees F, and the water level was very good for this time of the year.  As I walked down the rutted dirt road that skirts the east side of the river, I looked for bugs and rises without much luck, so I tied on a size #17 Iris Caddis and then added a small split-shot about 8 inches above it, intending to fish the fly as a nymph.   I stepped down to the river and began casting the fly into a short, deep pocket.  It only took a couple of casts before I was into a 12 inch rainbow.

I took one more rainbow in that hole and then started to work my way downstream hitting every pocket and run that had some depth and a "fishy" look to it.  Over the next few hours of working my way downstream, I took several more rainbows and even a couple of small wild brown trout.  All of them on the same Iris Caddis I started out with. 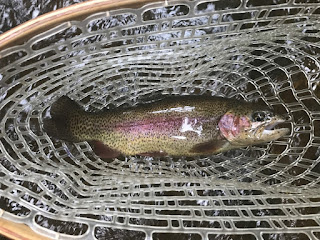 I did see a few other anglers as I made my way down river, but everyone was spread out and only a few times did I have to get out of the river to go around someone to leave them a wide berth.  The air temperature stayed comfortable and it was a pleasure to wade in shorts without waders.  The gorge is very rocky, and even when the water levels are low, you do need to wear wading boots with felt or studs to be safe.

I covered about two-thirds of the gorge before turning around and heading back towards the top, stopping at various holes and runs, and fishing them.  It was a hatchless morning, and during the entire time I saw only one rise. So I fished the same fly the whole time and did well, including catching a beautiful 6-7 inch wild rainbow just before calling it a day around 2:00 PM. 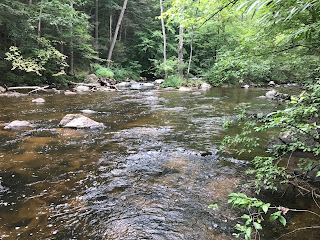 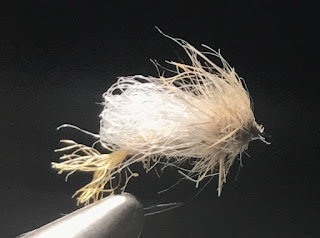 Sharpen your hooks!
Posted by Matt Grobert at 10:30 PM 1 comment: