The Difference a Day Makes

After having a fine day on the Beaverkill last Wednesday, Thursday started out with much promise.  The river had come down a bit and the morning sky was cloud filled but bright.  After a quick breakfast, I hit a favorite pool on the river a few miles downstream from Roscoe.  There was one angler in the tail out of the pool swinging wets through the riffle in an unhurried, leisurely manner.  There were a few Olives on the water, along with small Rusty Spinners and a smattering of light grannom caddis.  I put my waders and vest on, and then sat on the bank of the river to watch for rising trout.  Swallows and Eastern songbirds maneuvered over the glassy water and picked off newly hatched insects rising off the surface.

Fish did rise, too, which got me off my butt and wading out into the pool to cast a fly over them.  There was a problem though, each and every fish rose only once, which didn't present me with a target or instill much confidence that any casting would be worthwhile.  There just weren't enough bugs on the water to get the fish interested.  After a short while I did find one fish that decided to give me a break, rising steadily, and after getting into position I cast a light caribou caddis into his feeding lane and he took it without hesitation.  A nice brown that fought hard and even jumped once.

While I waited/waded in the shallows for other targets to show, I heard a car pull up on the nearby road, I turned and there was Vinnie.  I got out of the river, walked up the bank and over to his car, and gave him the low down - few bugs and fewer rising fish. While Vin put on his gear, we noticed cloud cover had increased and with that, more bugs began to hatch, including the big March Browns.  And more fish rose throughout the pool, although none came up steadily.  We fished anyway, figuring it should get better as the day warmed and the clouds blocked the harsh sun from the clear water.

It didn't get better.  Soon the clouds thickened, lightening flashed and thunder rocked the skies, and it poured.  We took shelter in our cars and waited it out.  An hour later, the sun shone through scattered clouds, and we fished some more.  The clouds thickened again, the skies darkened, and it poured again. This sequence of events happened until dark, and then we called it a day.  Here's shot from inside my car during one of the many rainstorms. 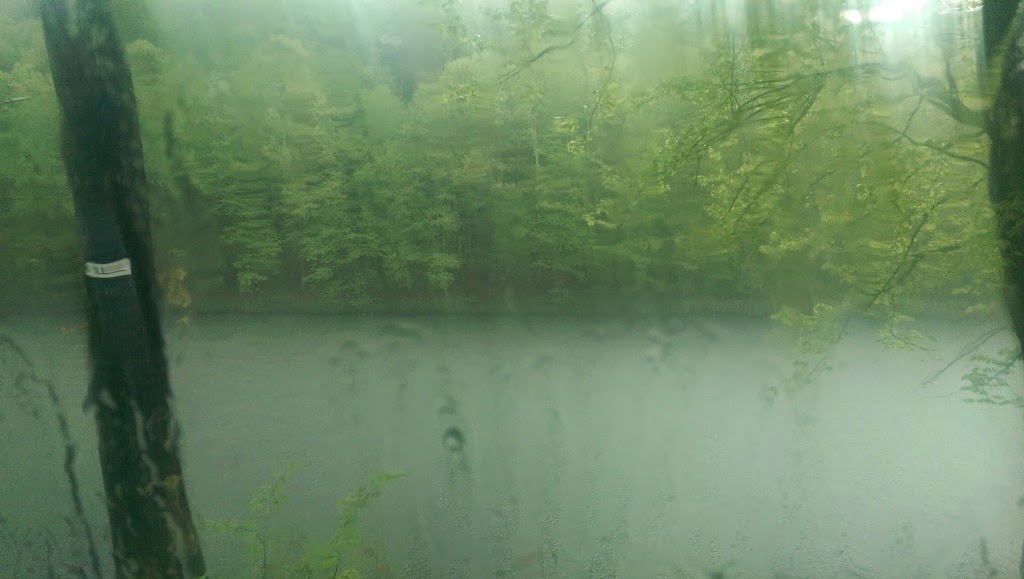 Since the fishing was so poor, when the skies cleared we spent time seining the river bottom for aquatic life.  Here's a couple of March Brown nymphs. 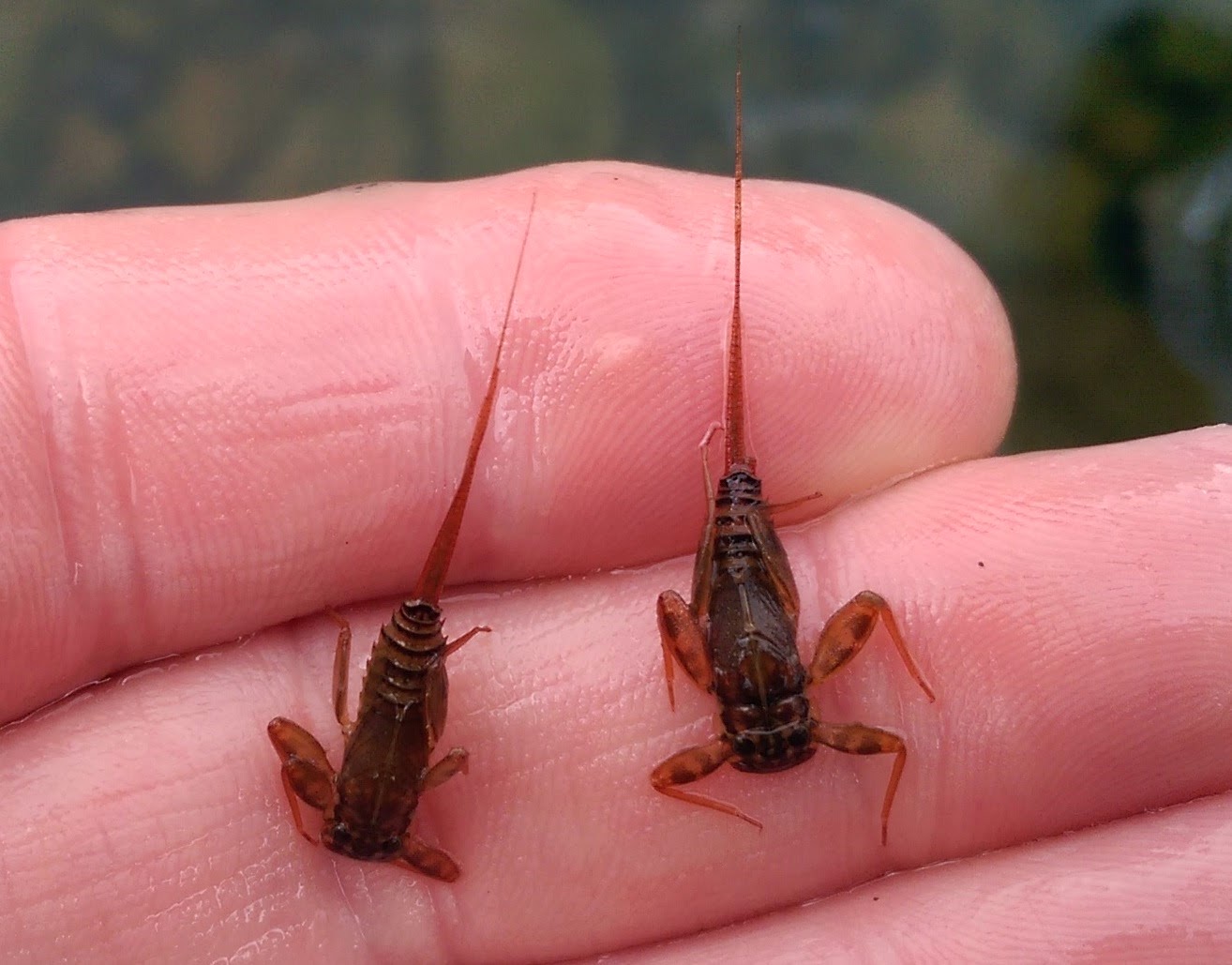 Here's a Golden Stonefly nymph - is that a beautiful creature, or what? 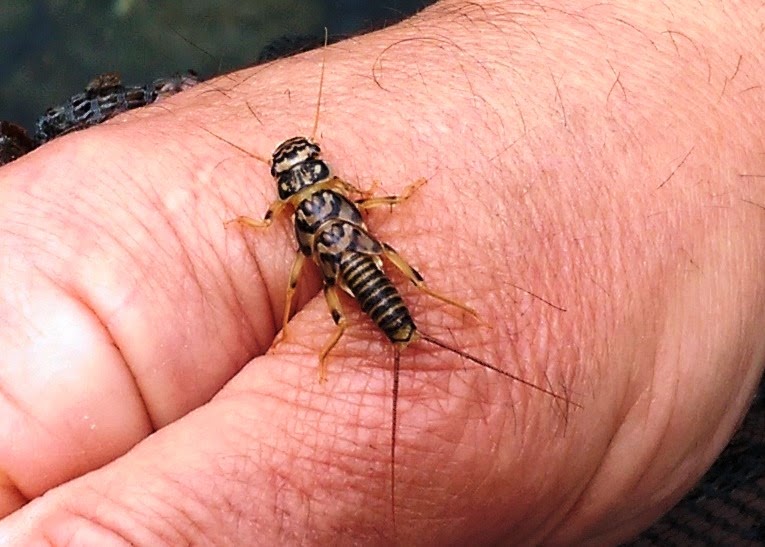 An here's  a prehistoric looking Dragonfly nymph.  In a few weeks these nymphs will swim en mass to the river banks, crawl out and up the stalks of the thick grasses, and then hatch into beautiful, big, colorful dragonfly adults before flying off to feed midair, on the smaller flying aquatic insects also hatching from the same pool. 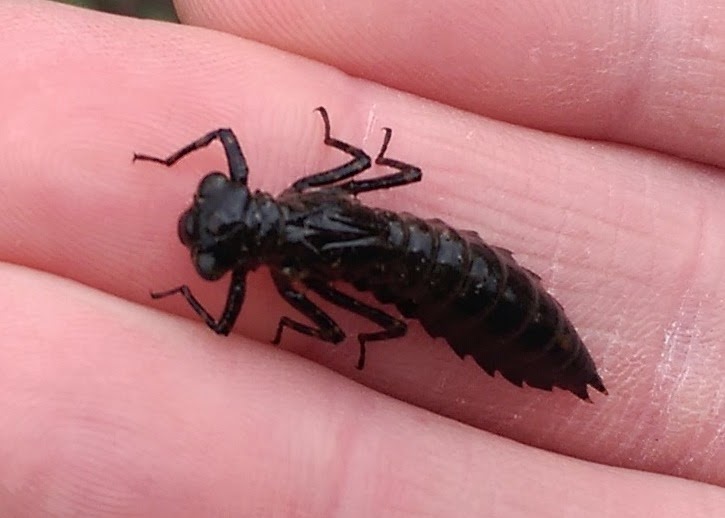 I can't wait to get back up there and fish the waters where American fly fishing has its origins.

Sharpen your hooks.
Posted by Matt Grobert at 9:41 PM