The trout that is.


Yesterday I headed out to the Lehigh Valley to fish one of the spring creeks figuring the warmth and cloud cover might get the blue-winged olives hatching, and maybe bring the trout to the surface to feed on them.  I got there in the early afternoon, the air was about 45 degrees, and a slight breeze blew beneath low cloud cover.  The river was clear and up quite a bit from last weekend, a perfect level for fishing.  The water was only 40 degrees, which was still fairly chilly, and plenty of melting snow entered the stream from the surrounding landscape - about 5 inches of wet, sloppy snow covered the ground.  As I had thought, the olives were hatching in good numbers.

After watching the water for a bit and not seeing a single trout rise, I decided to fish the two nymph set up Doug uses with good success.  And except for hooking a small brown and loosing after a brief battle (on one of Doug's flies), I continued my streak of fishless days in 2015.  It's probably been 30 years or more since I have had such a poor start to a year.  I've only been out three times this year thanks to the weather, so I'm not too worried. I ran into a few other guys, all of whom said they had not caught a thing.

After fishing hard for about two hours and not seeing a rise despite all of the olives hatching, I decided to seine the river in a few places.  As you might suspect, every net had plenty of Baetis (blue-winged olive) nymphs in it along with various caddis larvae. In a few spots, the net had very good numbers of bright orange Chimarra larvae among the olive nymphs, along with some bright green Rhyacophila larvae (rockworms).  The other critters that I kept netting were baby suckers.  Lots of them.

Here's a close up of a couple of juvenile suckers I caught. 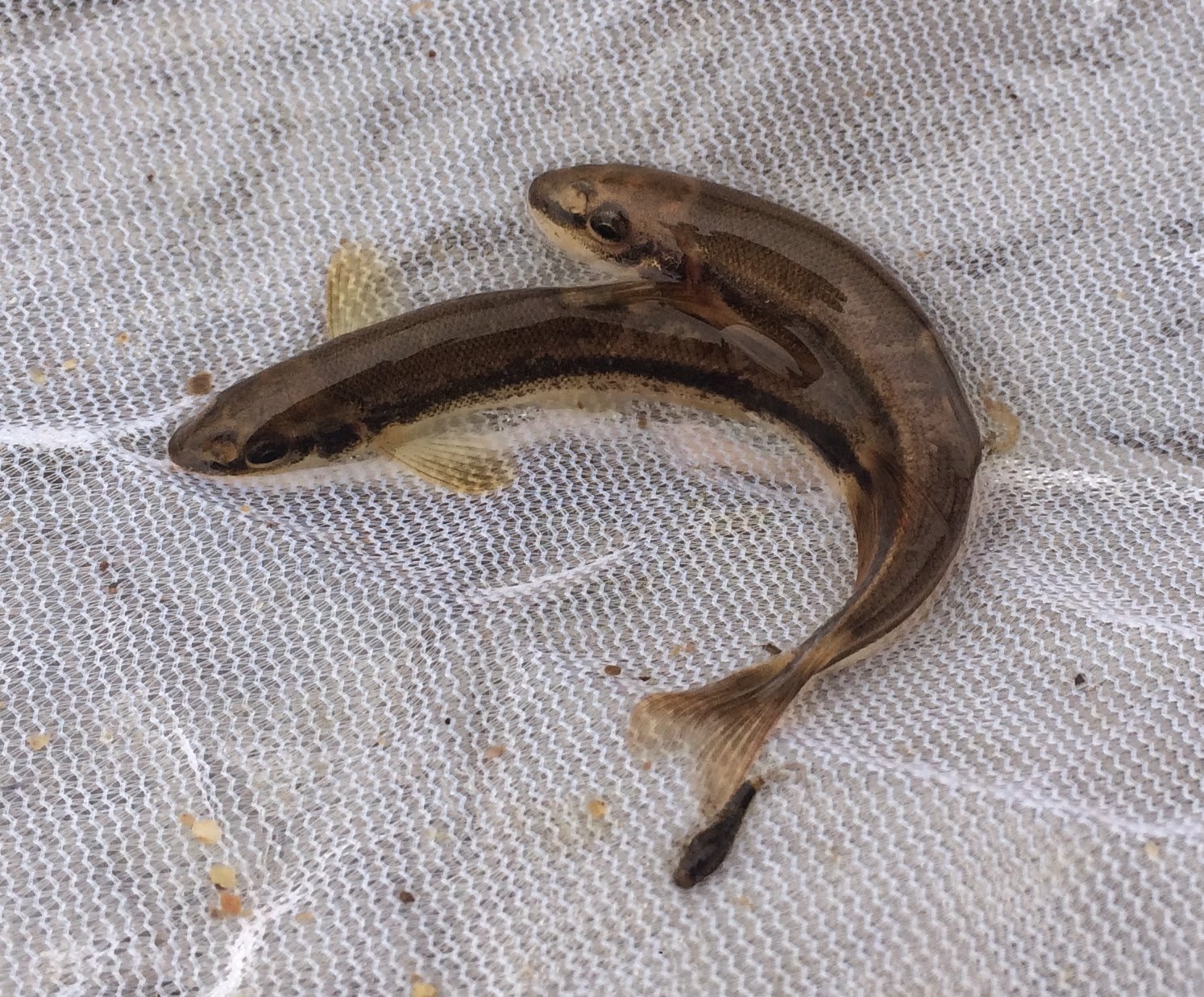 Overall, it was a good day to be out on the water.  Seeing all of those olives hatching is awesome, as you know it is only a matter of time before the water warms enough that the trout will be sipping them off the surface.  Sure, it would have been even better if I caught something.

Sharpen your hooks, there's always next time!
Posted by Matt Grobert at 9:17 PM

Sometimes just getting a tug is more than we can ask for on those rough days!

I'm curious what kind of seine do you use? Or can you just take a large-ish aquarium net and use that?

Bradford - I use Angling Designs Quick-Seine. It attaches to your net in a small pouch and is always available. It stretches over your net opening when you use it.