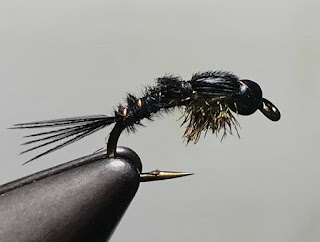 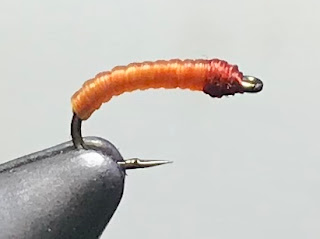 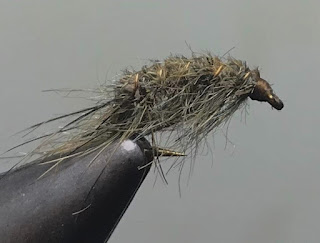 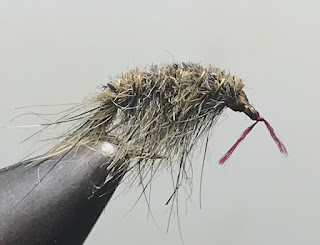 Sharpen your hooks.
Posted by Matt Grobert at 10:51 PM

Thank you for this post, it was a great help. I felt like I was walking along the river too. Would you share the recipe for your scud fly? Thanks!

The pattern is as simple as it gets; spiky dubbing and gold wire rib. For dubbing you can use SLF squirrel gray mixed with light olive 3:1 ratio, or Whitlock's SLF in Red Fox Squirrel thorax color. Card the dubbing to line it up, lay it in small amounts in a loop, twist and wrap, then rib with wire. Clip top and sides and you are done.

Thanks so much for the detailed and quick reply. I love simple flies and I’m definitely going to tie some up. Looking forward to your next post.

What size was your little black stone?