A Blustery, Chilly, but Rewarding Outing - It Doesn't Have To Be Raining for Rainbows to Appear 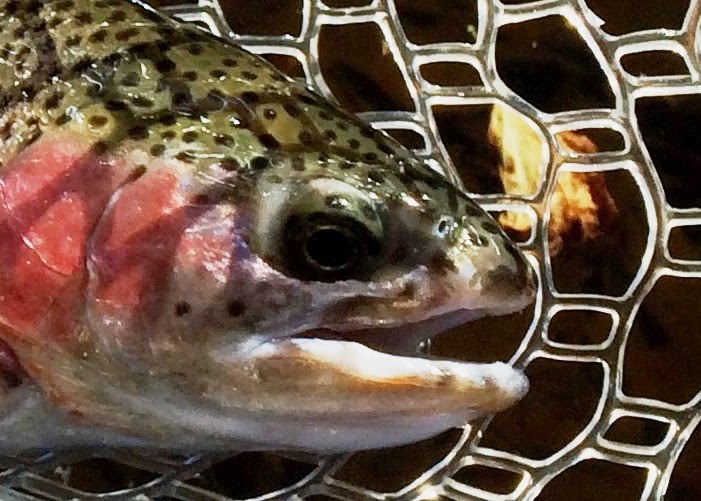 I fished the upper South Branch of the Raritan River yesterday among a constant flurry of golden and red leaves that flew with each gust of wind.  The river was clear and cluttered with those same leaves, some floating along the surface, others in the water column, and still more blanketing the bottom of the river.  When the wind slowed to a soft breeze for brief periods, the bright sun warmed my face and hands making for a pleasant couple of hours wading the shallows and casting to the deeper, darker runs that likely held trout.

I started off fishing two nymphs using the leader set up Douglas uses, complete with sighter sections and one of his smaller Quill nymphs on the dropper tag above a size #14 Walt's Worm.  I fished this way for a while, but the slow currents where I was fishing along with the gusty winds made for tough going and great catching.......of leaves.  I then decided to switch leaders and go with the one I have much more experience with; a 12 foot, knotted, compound tapered leader, with the last 30 inches or so being 5X tippet.  I tied on a size #18 pheasant tail nymph and placed a small split-shot about 8 inches above it and fished this set up with a short line with my rod tip low to minimize the amount of line between my rod and the water, and hopefully reducing the effects of the wind on my drift. Again, I caught plenty of leaves and managed to get hung up a few times on the bottom.

After a very short time, I sat down on a rock and watched the water move slowly by; a liquid conveyor belt for dead leaves and twigs.  Like just about everything else in nature, there were anomalies in the way the leaves floated along - there were openings of varying sizes in the surface leaves that ranged in size from a foot or two, to maybe 4 feet in rough diameter.  It occurred to me that I could use these openings to get my fly down without interference from floating leaves.  I added a fresh piece of tippet to the end of my leader and to that I tied a #14 Walt's Worm that had wraps of lead under the entire body, which would get the fly down quickly.

I walked back to the river and waded in a very short distance and watched the surface of the water across and slightly upstream of me for an opening.   When one came, I quickly made a tuck cast so my fly would land close to the center of the opening.  Once my fly landed, I lowered my rod tip and followed the line/leader with it at the speed of the current, which I gauged by the speed of the leaves going by.  A few casts later, my leader twitched where it entered the water so I lifted my rod and hooked the pretty little rainbow you see below. 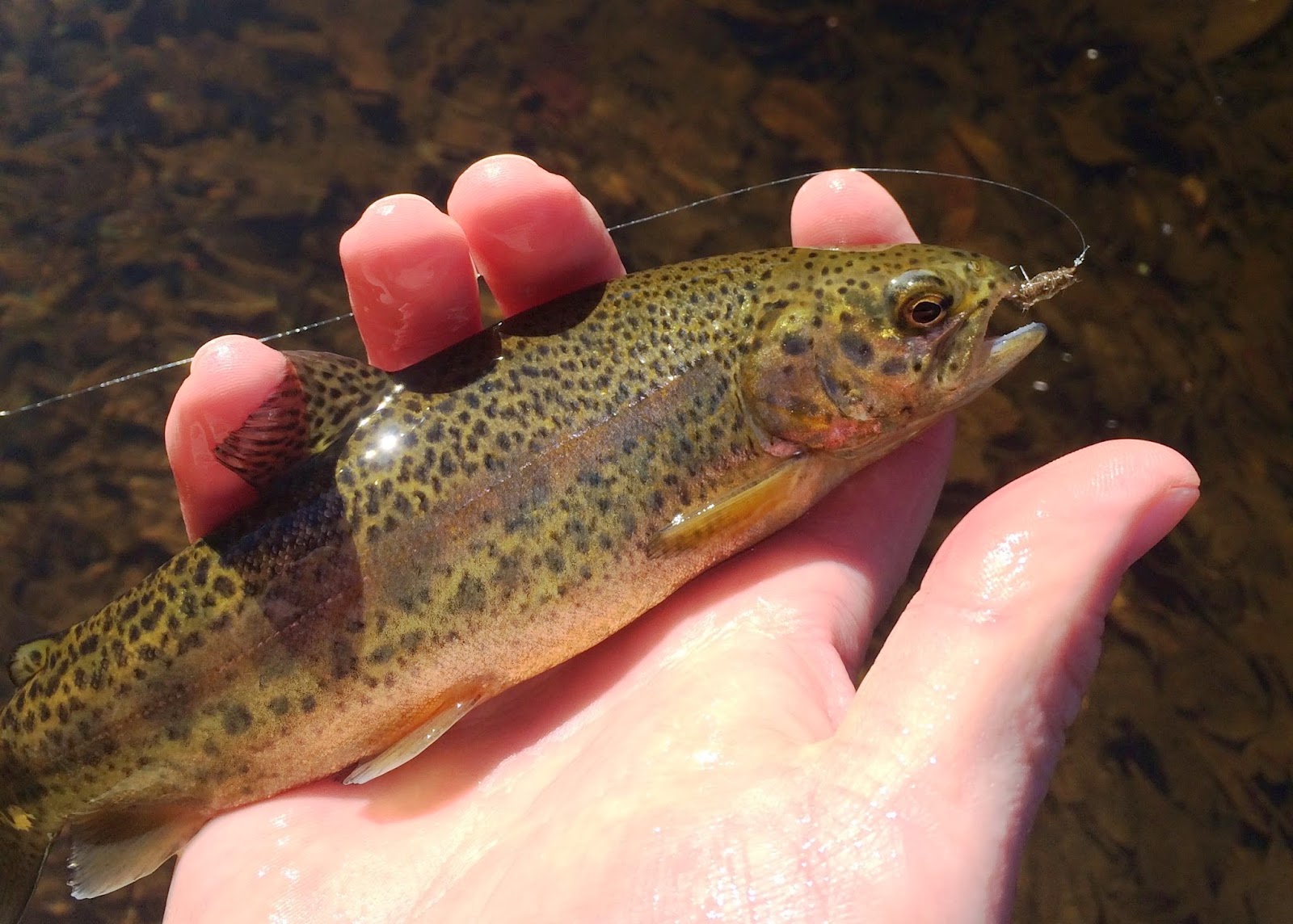 I figured it out, and over the next hour and a half I landed a bunch of rainbows ranging in size from maybe 7 inches, to one that was close to 15 inches in length.  I also landed a beautiful wild brown of about 8 inches in length. All of the fish came on the one Walt's Worm you see in the fishes mouth in the photo above.

Sharpen your hooks!
Posted by Matt Grobert at 9:56 PM