What We Are Tying

We didn't fish this past weekend, instead we spent most of it hanging out with Henley and tying flies during nap time.   You see, my daughter came up Thursday and dropped him off with "Pop-pop," before heading to Philadelphia for a few days.  It was a wonderful few days with the Little Man.

With it being mid-May and some great hatches coming up (once winter moves out for good), I had to catch up on tying the dries I'll be fishing in the next couple of weeks.

First off, here's an Extended-body March Brown tied on a size 12 dry fly hook.  The first picture shows the unfinished fly with the exposed shank in front of the wing - after I tie in the hackles, I cover the shank with a single layer of thread - this allows allows me to wind the hackle uniformly without crowding the eye. 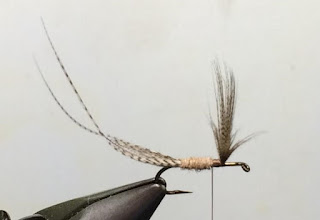 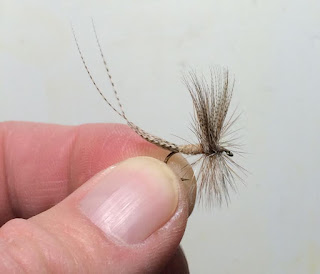 I tied a bunch of Caribou Caddis, too.  Some with tan bodies, some with olive green bodies, and a few with gray bodies. 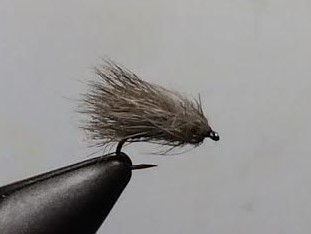 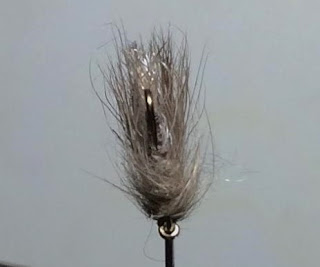 And with the small Sulphurs about to start, I tied a bunch of #16 and 18 snowshoe rabbit Sulphur emergers - Sulphur Usuals.  It's a simple fly that works well both here in the East, and out West for the PMD's. 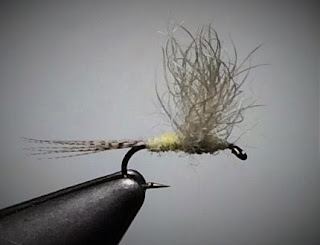 And here's Henley sitting on the couch watching Sponge Bob Square Pants.  I haven't watched that many cartoons in decades!  The phrase of the weekend was, "Pop-pop, sit here!"  It didn't matter where we were, I had direct orders to sit next to him at all times. 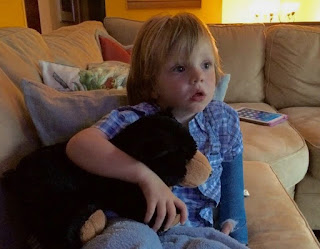