The 2016 World Youth Fly Fishing Championship was held on August 8-14 in Northwestern Spain and Team USA took overall second place.  The competing US team members were Douglas Freemann, Mason Sims, Hunter Enloe, Cam Chioffi, Jack Arnot and Ryley Batewell.  The French Team took Gold, and the Bronze went to the Czech Republic Team. Eight international teams competed this year.  Our friend Doug placed sixth in the individual standings, which was the highest for the team. 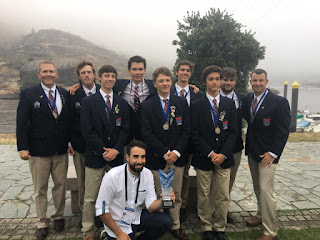 2016 US Youth Team and Coaches - Doug front and center 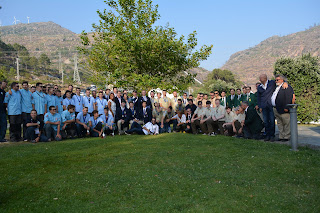 The Teams and coaches.

As you can see below the types of rivers they fished varied greatly. Doug said that a high percentage of their fishing was done with dry flies, and most often by covering the entire beat, as he said he saw only a few rises throughout the competition.  The trout were willing though, and good drift over a fish would bring them up to the top. As you can see in the last photo, some of the beats were weed and algae filled, yet Doug said they held plenty of fish. 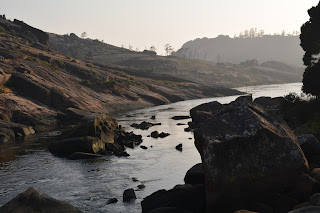 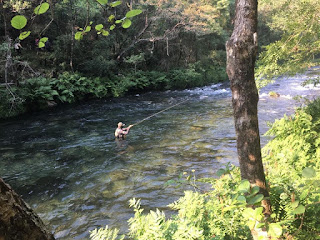 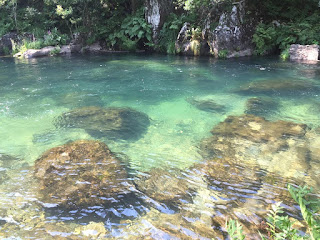 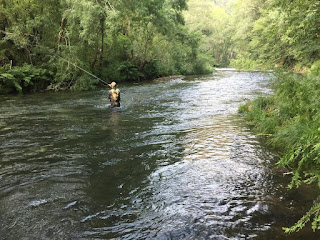 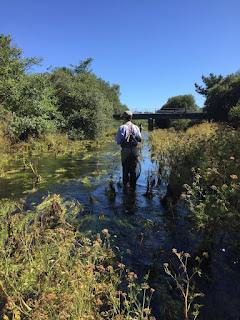 Click on photos to enlarge
It's kind of ironic that when Doug and I first started fishing together, he fished nymphs exclusively, while I often switched to dries when an opportunity presented itself.  He caught plenty of fish and sometimes politely questioned why I would fish dries when nymphs were working so well.  He has continued to fish mostly nymphs in the subsequent years. And then he goes to Spain and winds up fishing mostly dries to take US Team individual top honors!  We had a good laugh at that, and in the end, I think he did so well because all of that nymphing taught him to read water and know where trout like to hold and feed.   He has a great instinct for knowing where the fish are.

Congratulations to the US Team, and especially to Doug.

Sharpen your hooks.
Posted by Matt Grobert at 9:00 AM

Awesome job young man!!!!! I can't believe you learned anything from Matt!!!!!:)

Which is the Best Private BBA College in Dehradun?